“We call forth the ministry of Jesus!” – song

This clip is POWerful. Let your hope and faith toward the salvation of nations expand today. 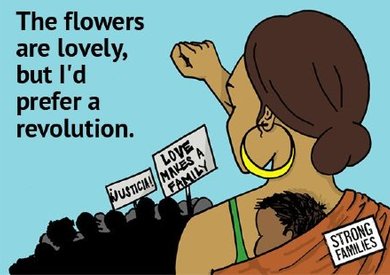 Sometimes I feel I’ve been pregnant for 15 years. Other times I am sure of it.

The child is a vision, a passion, a calling. The vision is for the Middle East: to thrive, to be at peace, to be madly in love with the Savior.

Much of that vision centers on Iraq.

In 2001 I had a dream I was in one of Saddam Hussein’s former palaces in Iraq. I was leading a secret church meeting. I knew Saddam’s regime had fallen and he was dead. I knew it was a prophetic picture of a scene which would be fulfilled.

In 2003 Saddam’s regime fell. In 2006 he was killed. In 2008 I was told about a man named Canon Andrew White who was leading church meetings in one of Saddam’s former palaces, a mutual friend told him about me. We began emailing. On March 23, 2011 Andrew was in Redding and we had dinner. He invited me to work with him in Baghdad.

In 2012 I plan to semi-move to Baghdad to be part of rebuilding and transforming the nation.

For preparation and vision-casting, I’m going to visit Baghdad this November. I’ll spend 2 weeks in England and visit FRRME’s home office; then 2 weeks in Baghdad where I will get to know the land, the people at St George’s Church, the folks at FRRME’s medical clinic, the Tigris River. I will also deliver paintings to high-profile leaders in Iraq.

To say I am excited would be to say the sun is handy or shoes are helpful for hiking; it is decidedly an understatement. Setting my feet upon Iraq is a moment I’ve burned for, lived for, prayed for with a zeal and a compassion that still electrifies my heart and beckons my soul. Iraq and I are a match made in heaven.

If you’d like to contribute toward transforming this nation, do so here:

The world is being transformed.

Peace is possible. Isaiah chapter nine verses 6-7 beat with the metronome of peace.

For to us a child is born,
to us a son is given,
and the government will be on his shoulders.
And he will be called
Wonderful Counselor, Mighty God,
Everlasting Father, Prince of Peace.
Of the greatness of his government and peace
there will be no end.

In the words of former US President Ulysses S. Grant,

“There never was a time when, in my opinion, some way could not be found to prevent the drawing of the sword.”

Peace is possible. And the world is yearning for people to believe in this possibility, this PEACE-ability.

I am currently working for an organization called Heroes of the Nation. http://www.htn.org/

They are assembling a website to inspire and mobilize activism and advocacy for social justice,

I am beside myself with visionary joy and delight in being able to be a part of this movement’s momentum.

Here’s a glimpse of the vision:

Today I read 214 pages. An entire book. Just ask the Sacramento River, my reading buddy for most of it. My feet in the river’s heart, my heart warmed via my cold feet in its chilly water. My heart electric with passion for the nations – particularly one nation: Iraq. I’d wanted to read The Reformation Manifesto by Cindy Jacobs for about a year, but over the last few days the want became undefiable. Today I set off to work on my book, the one I am writing, but the metaphorical key was not working in the lock. I could not stop thinking about this other book. I was famished for some vision-casting for nation-building. Thus, I opted to look for The Reformation Manifesto at Barnes & Noble, no avail; next stop: Bethel Church’s bookstore. FOUND. While there I got to jumpstart someone’s car, fun! I love people.

I heard this song for the first time yesterday and it was like eating Ritz crackers as a six year old with a tummy ache:
calming, strengthening, and reassuring.

And so to all who are called to blaze new trails through thick terrain, take heart. The reason your journey is irresistible is YOU WERE BORN FOR THIS. The world needs you to take your place in history and in the future.

You can do it! And with great glory, you will. The world awaits the revealing of the sons and daughters of God.

As a friend recently wrote,

“Cynicism is the language of cowards – always think the worst, you’ll never be disappointed.

It takes courage to have hope.”

And as the psalmist wrote, “I would have despaired, but I know I will see God’s goodness here on earth” (Psalm 27:13)

Jesus is the HOPE of the nations. How can we not have hope when the embodiment of hope lives inside us?

Make that new path. Pave that road. Believe change is possible. Believe Jesus. Generations to come will be grateful you did.

In the midst of the hubbub about Israel and Palestine, there is a melody – a melody of hope, peace, and purpose. Bethlehem was called by name as a city of promise in Micah 5. Bethlehem is now in the Palestinian Territories, a place I love wholeheartedly – a people beautiful and important. In Isaiah 9 it says the Lord’s government will be ever-increasing. I believe there is a plan for peace in the Middle East. In heaven in a file cabinet, there is a plan. And it is so full of love it would dumbfound even the most compassionate human being. Two years ago I was thinking about all this me-lee, this confusion and unrest. I was living in Bethlehem, surrounded by a thirty-foot concrete wall and checkpoints. And I was declaring Bethlehem’s true identity to be re-established. From those thoughts came the following song, sung on a balcony in the Bethlehem area. He WILL be their peace.

15 years ago a dream seed was planted in the soil of my heart. Long before that Abraham looked up  into a night sky and dared to believe a distant promise. (Genesis 15) Later, 10-20 years later, he had his Isaac. This year I get to have my Baghdad. I get to go somewhere my heart has dreamed of for quite some time.

God’s word to Abraham rings, like a loud top spinning into silence on a hardwood floor. Its frenzy and its stillness enthrall one’s ears and one’s being. All my cells love his voice. They hush to listen. They lean against my skin as a child to a door, and they intently listen. What they hear electrifies them into ecstasy. He has a way with words.

“Do not be afraid, Abram.

I am your shield,

That’s it. Those are His words.

I love God. He is not only our protection, he is our promise. His Presence is both shield and reward.

In honor of my Father, the Creator, and the one who LOVES cities: here are some illustrations of sweet, beautiful Baghdad, Iraq – by a man who was born there in 1964. Nuzzle your heart’s ears against the door, listen for heaven’s words, heaven’s secrets, heaven’s dreams for this priceless city and its people. Shhhh…. listen. Papa God is speaking. . .

He has dreams for Baghdad and He wants to let His sons and daughters in on them.

“In the last days the mountain of the LORD’s

temple will be established as chief among the

mountains; it will be raised above the hills, and

all nations will stream to it.”

“In the last days the mountain of the LORD’s

temple will be established as chief among the

mountains; it will be raised above the hills, and

peoples will stream to it.”