Sometimes I feel I’ve been pregnant for 15 years. Other times I am sure of it.

The child is a vision, a passion, a calling. The vision is for the Middle East: to thrive, to be at peace, to be madly in love with the Savior.

Much of that vision centers on Iraq.

In 2001 I had a dream I was in one of Saddam Hussein’s former palaces in Iraq. I was leading a secret church meeting. I knew Saddam’s regime had fallen and he was dead. I knew it was a prophetic picture of a scene which would be fulfilled.

In 2003 Saddam’s regime fell. In 2006 he was killed. In 2008 I was told about a man named Canon Andrew White who was leading church meetings in one of Saddam’s former palaces, a mutual friend told him about me. We began emailing. On March 23, 2011 Andrew was in Redding and we had dinner. He invited me to work with him in Baghdad.

In 2012 I plan to semi-move to Baghdad to be part of rebuilding and transforming the nation.

For preparation and vision-casting, I’m going to visit Baghdad this November. I’ll spend 2 weeks in England and visit FRRME’s home office; then 2 weeks in Baghdad where I will get to know the land, the people at St George’s Church, the folks at FRRME’s medical clinic, the Tigris River. I will also deliver paintings to high-profile leaders in Iraq.

To say I am excited would be to say the sun is handy or shoes are helpful for hiking; it is decidedly an understatement. Setting my feet upon Iraq is a moment I’ve burned for, lived for, prayed for with a zeal and a compassion that still electrifies my heart and beckons my soul. Iraq and I are a match made in heaven.

If you’d like to contribute toward transforming this nation, do so here: 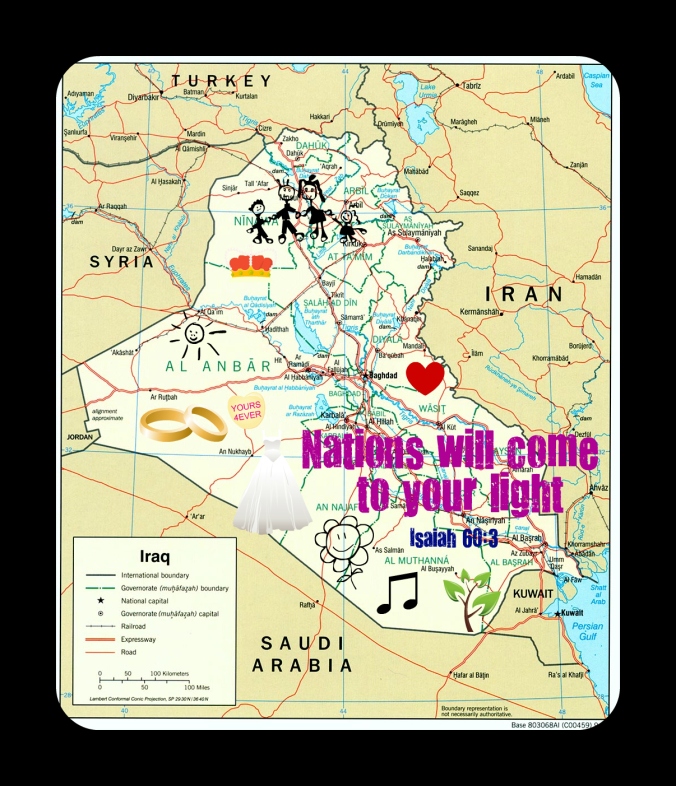